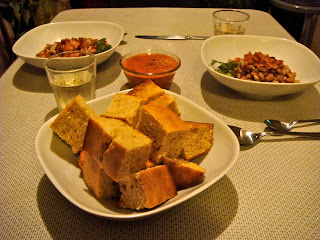 Last week, gentle readers, we stuck pretty well to Menu Plan: Week Sixteen, though we switched some days up.

As we're still on a ridiculously tight budget, we thought long and hard about what we would be eating this week, about what we could take for lunches and how we could save some dough.


Boyfriend made a cold brew concentrate so that I can take my coffee, instead of dropping $3 on iced coffee. And we bought a pork roast and made plans for at least three meals around it.

Tuesday: I've plans for drinks with a friend and Boyfriend has plans, too. We're on our own.

Wednesday: pulled pork and corn on the cob

Saturday: we're going to a birthday BBQ. We'll bring a yummy side.

Sunday: We're keeping fingers crossed for a pretty day for us to go to the beach, so we'll come home and chow down on some leftovers
Posted by Unknown at 9:19 AM