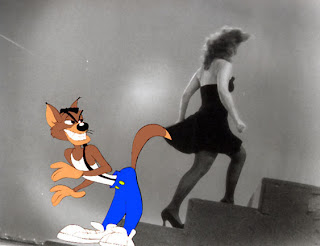 You know how the old adage (and the Paula Abdul song of the same name) goes, gentle readers - opposites attract.

Boyfriend suggested that this would be a good premise for a blog post. To write about how he and I may be opposites, but we get along so well and somehow, make it all work. I touched on it briefly in June, in a post entitled Likes and Dislikes, where I laid out a few things that we each enjoy that the other one does now. From music to food to television shows, there are certainly a lot of things that we don't agree on.


Your MatchGirl read recently that the old adage is entirely untrue (though she cannot, for the life of her, come across that article to link it here). That couples tend to come from within the same geographic area. Hm. That's certainly not Boyfriend and me. I'm from New England and he's from California... That couples come from similar family structures. Well, we do both have two younger sisters... but our families are pretty dissimilar aside from that. That couples tend to have similar educational levels. Again, we don't match up on this. Your MatchGirl followed a traditional route, straight out of high school into higher education. Boyfriend's path was less direct. Hunh. Maybe opposites really do attract?

But the thing is, where it really matters, we're not so opposite at all. We want the same things out of our lives and we're on a path to achieving those goals. We communicate openly and honestly and have the hard conversations that so many couples are terrified to have. We do this because we know it's the only way to keep us moving forward.

Perhaps saying that opposites attract is just an easy way for some couples to put their difference under the rug, and not really adress their problems head on. Maybe that works for some. But it can't work for long.

Instead of looking at a relationship as opposites attracting, maybe it's better to think of all those little differences as a way to better balance each other. That way if one of you starts to fall, the other is there to put them back on track.

What do you think, gentle readers? Is your relationship a case of opposites attracting? Tell us in the comments section.