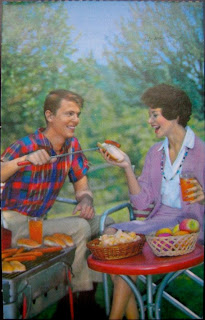 Gentle readers, your MatchGirl is going to switch up the menu plan blogs a bit.

Instead of writing a weekend through Friday plan, I'll be posting a Monday through Saturday plan. Also, Boyfriend thinks it would be fun to track how much money we spend, so (if we can stay on top of that) we'll be posting that info here as well.

We pretty much rocked out Week Eight, although we folded one night, too tired (and maybe someone was a little grumpy) to cook. Although, the food took over an hour and arrived cold, so that was maybe not the best idea...

This week is a crazy busy one, so we'll probably only be eating at home together three of the week nights.

Monday: Boyfriend is on deck with his awesome steak and arugula salad.

Tuesday: I've got a Meetup, so I'll be grabbing food out and Boyfriend is planning on seeing friends.

Wednesday: Veggie fried rice - we've got a bunch of random veggies in the fridge and some rice leftover from last week. I'll throw this together.

Thursday: this is Boyfriend's day off and he wants to whip something up. As we've discussed before, Boyfriend is a killer cook and it's always fun to see what he'll surprise me with.

Friday: Boyfriend has a meeting, so your MatchGirl is on her own. This is OK. I might try to grab a bite with a friend.

Saturday: I think we'll hit up the greenmarket in McCarren and Smorgasburg in the morning, to get some inspiration for dinner. I have a ton of errands to run so something simple.

Sunday: It seems so far away as I type this. I'd like to have some summery pasta, the veggies dictated by what we find at the greenmarket.
Posted by Unknown at 9:19 AM