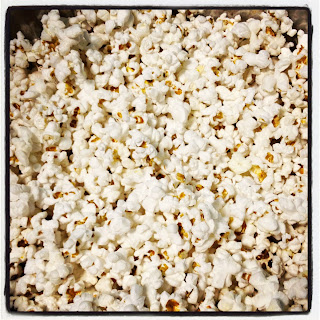 Since Boyfriend and I make food every night, you'd think that we were super savvy budgeters, shopping for deals, running to the cheapest places, doing lots of research, and then doing it all in one big grocery shopping trip.

Nope.
Far from it.

There are weeks when we try to hit the grocery store on the weekend, but with Boyfriend working six days a week, this is not always feasible. To get everything we need, every time, well, this is generally just a little more that your MatchGirl can carry on her own (though, believe me, I've tried!).

This week I did a little experiment. After I made the grocery list, I decided to go around the neighborhood, stocking up on what we need for the week ahead, and a few pantry items that we're out of or super low on. In doing so, I hit multiple stores. Some I knew would have the best prices, some I just knew would have what I was looking for. And then I came home and I added up all the numbers.

I spent a total of $65.85. This is food for the week, including the fact I mostly eat a breakfast/lunch midday something at home, and restocking on a couple of not cheap items. This is also a mostly vegetarian menu, based on the week at hand.

I don't always have time to run to several stores, like I did this week, but I certainly find it can be worth it.

What are your tips for eating well, but still saving money?


Photo: Corn popped on the stove is a light, easy and money saving way to get your salty snack fix. We've been making a lot of this lately.