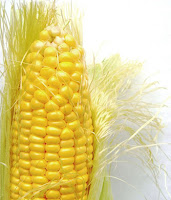 Gentle readers, can you believe it? We're up to week eighteen of our menu planning. I wasn't sure we'd keep it going so long.

A quick recap - Week Seventeen saw us thrown off track by a bit. I had the flu, our Tuesday evening plans both got cancelled (good for me, since I was sick) and there was not quite enough pork left for three meals (though Boyfriend did have some for lunch one day). Beach day was cancelled due to clouds and rain, though we spent the day at the Met instead, there were no leftovers to come home to really. But Boyfriend whipped up some yummy nachos with chicken from the freezer, some beans and a quick sauce.


This week is insane, so the meals will be light, but the planning will play an important part in things!

Monday: steaks with a salad of Heirloom tomatoes from the McCarren Greenmarket

Tuesday: Community Manager Meetup means I'll be home late. Boyfriend plans on a BLT, using one of those end of summer Heirlooms. Hopefully there will be enough for a late night snack when I get home.

Wednesday: stir-fry with bok choy and Japanese eggplant and, finger crossed we have some left, a little steak.

Thursday: I'm hitting up Digital Dumbo, so Boyfriend is on his own for dinner again. He tells me he'll have a slice of pizza ... or hamburgers ... or he'll see.

Friday: I have a bachelorette party so Boyfriend will fortify me with fried chicken sandwiches.

Saturday: We're keeping fingers crossed for a beach day, and we;ll come home and make pork chops and corn on the cob.

Sunday: Boyfriend wants to roast a chicken. Which will be, I'm sure instrumental in next week's menu plan.
Posted by Unknown at 9:19 AM