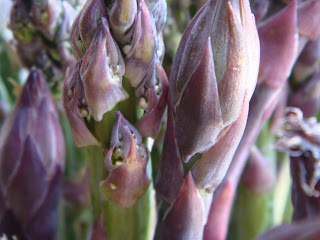 Gentle readers, I cannot believe that it has been six weeks since I started writing menu plans for Boyfriend and myself to follow. And I can't believe how well we have done following them!

Menu Plan: Week Five was pretty successful, I think. A quick recap after the jump:


Saturday we grabbed a burger at Enid's before heading to Joann and Angel's wedding reception. Sunday we whipped up the Brie/sweet potato flat bread pizza. Monday Boyfriend made some shrimp and cheesy grits. Tuesday Boyfriend roasted a pork shoulder and made pulled pork sandwiches, with two kinds of homemade sauce and coleslaw. Wednesday it was a million degrees, so we made a riff on the artichoke pasta, but with a quick sauteed sauce, instead of baking the dish. Thursday was a super long day, but Boyfriend rallied and made some awesome tacos with the leftover pork. Friday we went out to dinner at the Brooklyn Star and took a meandering walk home.

So week six. What did/will we do?

Saturday: Boyfriend made some bow-tie pasta with sauteed asparagus, peas and capers and a little Parmesan cheese.
Sunday: we went to a Memorial Day BBQ at a friends house, had burgers and sausages and drank too much beer.
Monday: Memorial day and we have a friend in town from San Francisco, so we went out to dinner with him in Manhattan.
Tuesday: We picked up some awesome looking pea shoots at the greenmarket on Saturday. I think I will use them in a salad similar to this one. Though due to the friend in town, it's possible this will get pushed back in the week and we'll hit Paulie Gee's for dinner.
Wednesday: it's Date Night - which is a tradition that Boyfriend and I have, going back to when we first started dating - but that we have abandoned of late, with new jobs and new home and new stresses. We're bringing it back this week.
Thursday: In our fridge there is a ton of asparagus - green and purple - sitting in little jars of water. I think that this warm potato salad, with leek and asparagus and a light Dijon vinaigrette will be a really satisfying dinner.
Friday: This is a fairly meatless week, so I'm thinking that this sirloin with radish relish (radishes of which we have a plethora in the crisper) would be a nice way to end the week.
Posted by Unknown at 9:19 AM