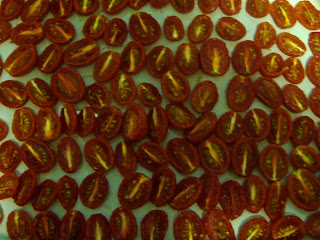 It's Monday morning gentle readers, and you know what that means - time for the menu plan. This past week Boyfriend and your MatchGirl did pretty good, veering off plan only on Saturday when I had an old friend unexpectedly in from out of town, so we went out to dinner with him and his hunny and pushed Saturday's meal to Sunday.


In addition, we're not eating out for lunches, as much as possible as we need to save some pennies (tomorrow's post will explain why, as well as show you the receipts from what we did eat). This week;s menu plan comes not only from a place of trying to get loads of yummy food on the table in the most convenient way, but from a place of budgeting contraints and using what we've got. So some of this stuff we'll make in quantities large enough for me to take to lunch and for Boyfriend to eat while he's at home during the day.

Monday: Boyfriend is going to roast a chicken (yes, even with temps in the 90s!). We'll have that with green beans, maybe some bread or rice.

Tuesday: Boyfriend is helping out a friend at a show on the Williamsburg Waterfront, so your MatchGirl will eat Monday leftovers before heading out to meet them.

Wednesday: Bread salad with some day-old bread we've got on hand, leftover chicken and some greens.

Thursday: I've got it on the books to go to a Foodspotting Happy Hour. With the new austerity plan in place, I'm not sure that I'll make it.  We'll have some summery pasta with the loads of pasta we've got in the pantry.

Friday: Three bean chili with, you guessed it, some of the roasted chicken from Monday and some beans that we've got in the pantry.

Saturday: My old friend Greg is getting married! We'll be celebrating with him and his lovely bride, Beth! (For those counting, this is wedding number 4 of the year, thus far. Three to go!)

Sunday: Boyfriend is on deck with spare ribs. Bought on sale at $2.99/pound. Yum!
Posted by Unknown at 9:19 AM