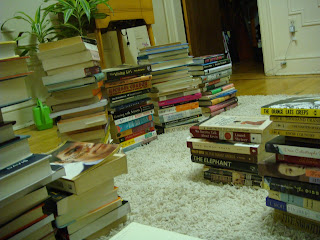 Your MatchGirl, gentle readers, has been anxious to organize her books. When Boyfriend and I first moved into this place in April, he put the shelves where we thought we wanted them and we threw the books up on them, planning to organize later.


Well, after a while of living like that, we decided that we didn't love where the bookcases were living and that it would be cool to move them into the bedroom, where we've not done much work since assembling our bed on April first. This was the opportunity I'd been waiting for. Pulling all the books off the shelves and organizing them in a bit of an OCD way was such a Zen way to spend my Saturday! 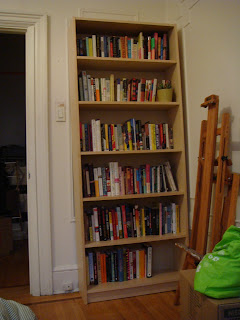 I highly recommend it!
Posted by Unknown at 9:19 AM