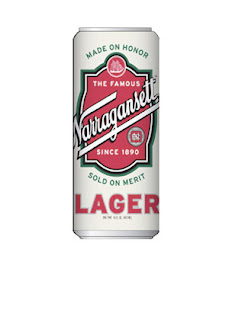 Boyfriend recently discovered Narragansett Beer, a heritage brand, originally from Rhode Island. While something I had seen in New England in my youth and while visiting family after it was reintroduced in 2005, it's not a beverage I've had a lot of. But Boyfriend has discovered Narragansett and is smitten. If you were to pop by our apartment on any given occasion, the chances of you being offered on of the several varieties of Narragansett are pretty high!
Posted by Unknown at 9:19 AM