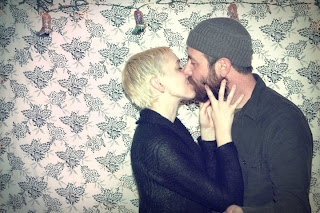 This blog represents the beginning of some big changes, gentle readers. Your MatchGirl, employed for nearly a year now, and Boyfriend are moving in together.

It's a far cry from when I started Unemployed Brooklyn two years ago. At that time I was lonely - two-fold. I was lonely because I was unemployed at a time when not a lot of my friends were, even though the news kept telling me there were millions more like me. I was lonely because I was exceedingly single, and not feeling very good about it, or myself in general. Through writing that blog, and starting to put more and more of my true self out into the world, I got a lot less lonely. I made some amazing friends through it - other unemployed people, Greenpoint Girls, Twitter followers and internet dates who never worked out romantically but became good friends. And through that - through the forming of a tribe and the expanding of my network of like-minded and challenging people, I grew less lonely in myself.

And, of course, like all your married friends tell you, it was at that time that Boyfriend and I came together. We were introduced by a dear, old friend of mine and former roommate of his. We became friendly - I think when we met that neither of us was truly in the right place to have any kind of stable relationship. But when he asked me out for our first date, it was something real. And it remains real.

People say that timing is everything, and I know it to be true. Six months earlier, there is no way that I would have been in the head space where I could bring my best self forward. I think he'd say the same about himself.

As we embark on this new beginning, this new part of our lives, dear ones, I invite you to come along for the ride. You're my people - my tribe, so to speak - and I'm excited to have you be part of this new part of my life.